“He was a weak man. The sort who needed to crush a woman in order to feel powerful”

Domestic violence is the willful intimidation, physical assault, sexual assault, and/or other abusive behavior as part of a systematic pattern of power and control perpetrated by one intimate partner against another. It includes physical assault, (hitting or pushing, throwing, slapping, punching, beating, assault with weapon etc), sexual abuse (forced sexual activity), verbal or nonverbal, emotional, mental/psychological abuse. Examples of these are, (Threatening, intimidating, yelling or screaming, name calling, constant harassment, embarrassments, mocking, etc. The frequency of the violence varies. For example, it can happen all the time or once in awhile, yet it is never taken seriously in terms of the Post Traumatic Syndrome (PTSD) and its effect on the victim. Although men also experience domestic violence, the most popular one is domestic violence against women which will be the focus of this article.

Inferiority complex/Low self-esteem is an unrealistic feeling of general inadequacy caused by actual or supposed inferiority in one sphere, sometimes marked by aggressive behaviour in compensation. It’s a state where the abuser may feel the need to control their partner because of jealousy, difficulties in regulating their anger, and other unknown emotions. Feelings of inferiority may emanate from other aspects such as level education, or social economic background. In such cases, most men result in battering their women to an extent of giving them permanent scars, disability, discouragement and in extreme cases death. Apart from the few men who are violent due to their undiagnosed personality or psychological disorder, the rest are tagged as (cowards), We all believe that only a cowardly man will raise his hand against a woman to beat her, even when provoked. Some of these men justify violence against women as an act they learnt from their family, others state that it is influenced by culture and others do it because they think “She talks too much and she pushes them to the wall”. Only small men abuse their spouses. Great men are full of positivity and love to give and are never intimidated by anything. A man can be wealthy and occupy a high office in the community, but still, choose to remain a small man.

Men who cheat on their wives with other women may use violence against their wives as a defence mechanism to cover up their indiscretions. They act tough to avoid every sort of questioning or discussion in line with their extra-marital affairs or their mysterious businesses. There are different known aspects that may trigger anger which in turn leads to domestic violence. Men who easily batter their wives, do so because they lose the ability to control their anger. When they encounter a disagreement with their partner, they get out of control. Other factors that may trigger such anger, are situations like dire financial constraint, unemployment, perceived failure, jealousy and envy and desperation for example when a partner threatens to leave. Also men who have women more educated, with better salaries or women who come from a better family may turn violent because of jealousy. 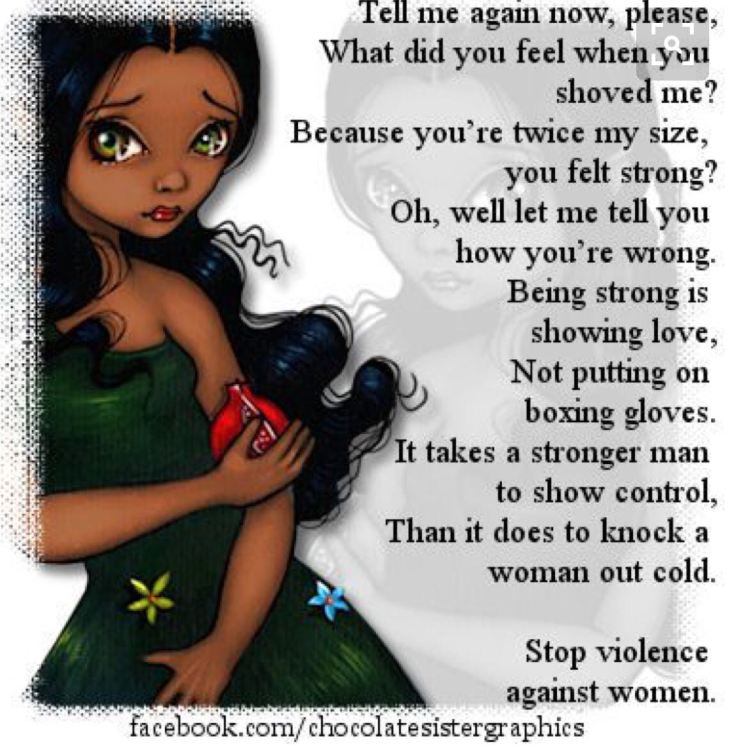 Some women live in fear and terror because they are controlled by men who claim to be “men”. This brings the conversation to the manner in which society raises boys and the narrow way we define masculinity; we stifle the humanity in our sons and as such narrow the concept into a small cage where our boys are forced into; “We teach boys to be afraid of fear, of weakness, of vulnerability. We teach them to mask their true selves because they have to be, in Nigerian-speak -a hard man.” (Chimamanda Ngozi Adichie, 2014). As such we groom our boys to think that to be a “man” one must be superior to a woman since the traits we teach them to abhor are “feminine”. Following this pattern we raise men who develop fragile egos which their future partners have to deal with, and in situations where they feel the traits they are taught to fear, they resort to being “hard men” and as such we create an environment which condones “hypermasculinity“. Hypermasculinity is a psychological term for the exaggeration of male stereotypical behaviour, such as an emphasis on physical strength, aggression, and sexuality. A man who believes that his aggression is a sign of true manhood!

These are all men who control a woman’s every move, thus making it impossible for the women to speak out. Some women are held hostage in their own homes, by the men who vowed to love them, and protect them ‘till death do them part. What happens when your protector turns on you? Who else, should protect you? Men who love using the phrase “A woman should be SUBMISSIVE to her man” to justify his careless actions, yet he forgets that a woman, should be loved and cared for before she can submit! We constantly ask why such women don’t just leave, yet we forget that these are not random men who do these, but men who showed love to the extent of building trust enough to get into a relationship and/or even going to the altar. The shock that comes with dealing with such a man, will take time to process before one thinks of leaving. The love in one’s heart towards that same man does not just disappear into thin air, it’s still there and with love, comes hope that maybe it’s just a one-time case, or even that he will change. Do not point a finger at that woman, who can’t let go, because only the wearer knows where the shoe pinches. It’s sad that we are more concerned about why women stay in abusive relationships than why men are abusing women.
Due to the continuous rise of violent and abusive behaviour in relationships, we at Responding to Life have set to fight against such violence that seems to be tearing families apart, causing suffering, pain and hardship to individuals. The institute of marriage and intimate relationships has become a zone of suffering because of abusive and irresponsible behaviour from our partners. It’s about time we make an initiative to end that. Relationships are meant to bring people together, not to create a hostile environment from abusive partners.

Domestic violence is an issue that is destroying many families and many are not able to get help due to one reason or another. We cannot develop the nation if there are still wounds to be healed. Thus fighting against domestic violence will not only help rebuild walls but also make nations rise since peace would be established. Remember strong families/relationships are a backbone to strong nations.